Whenever a child comes out of his mother’s womb before he opens his eyes, not only the parents but the entire crowd present in the operation room start deciding about his future profession. Till the time the child is grown up and starts earning the parents invest all their belongings to see their child sitting in the chair of their expected position. But while taking their child to the school, to the playground, or go anywhere, have not they seen the small kids sitting or roaming under the sun and begging just for their survival? This is the actual situation of India.

In all the latest legal news articles we see articles and laws which are been implemented and enforced every other month but do you think that they are actually meant for the people living a deprived life?

In India, laws are only meant for the people who can afford their basic amenities like, health care, proper sanitation, and most importantly basic education. In a country like India where all political parties assure to remove poverty, generate employment and up bring the skillful youth from every corner, remains silent till the next elections arrive. In India, the resources are not been allocated and distributed equally the how can we expect that education will be available to all.

In all the legal articles we read about the ideal nation that every deprived citizen desires but we face the actual reality when we go outside and look around.

The Indian Parliament enforced The Right of Children to Free and Compulsory Education Act or Right to Education Act (RTE) on 4th August in the year 2009. This law has been implemented to show the worth of free and compulsory education for children between 6 and 14 in India under Article 21a of the Indian Constitution. Education is considered to be a fundamental right to everyone. But rather than showing the importance of the right to education, India shows how right it is to do Child Labour. The constitution of India has just told us that the right to education is important but has not shown the path on how to achieve that goal. They have built the necessary infrastructure but have not built awareness among the population that education is something that will lead the family and the nation towards growth.

The root of all the problems is the unequal distribution of resources. And as a result, the rich are getting richer and the poor are getting poorer.

Let’s understand it with an example- In India, large families with a greater number of family members are considered an asset for a deprived family. If a farmer has more number of sons then they could contribute to his work and erase their debt and poverty. For a farmer working all day long to meet his basic need that includes just food, cannot even think of investing in his sons’ education. Rather he would prefer to give his skills to his sons so that they can put their hands on his business and make his work easier. He can only do that to remove the poverty the entire family is facing and this trend continues in every generation that makes the poor poorer. Similarly, a well-reputed doctor will always want to see his son getting the same and even more amount of respect and reputation in society,that he has. As a result, he will invest more in his son’s education and as a result, his son will earn more money than his father and become richer than him.

To make people access to the rights and resources offered by the government, the initial step which should be taken by the government is to remove the inequality in the distribution of resources. Awareness of the importance of education should be spread in society but before awareness assurity of living a good life should be offered by the government to poor parents. Giving an ample amount of incentives to poor families can reduce their fear of sending their children to school. When the poor parents will be assured about their livings, then only they will be able to send their children to gain knowledge and will desire to see their bright future 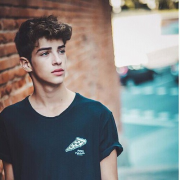 Tips on Choosing a Wedding Dress that fits you better than you Imagine!